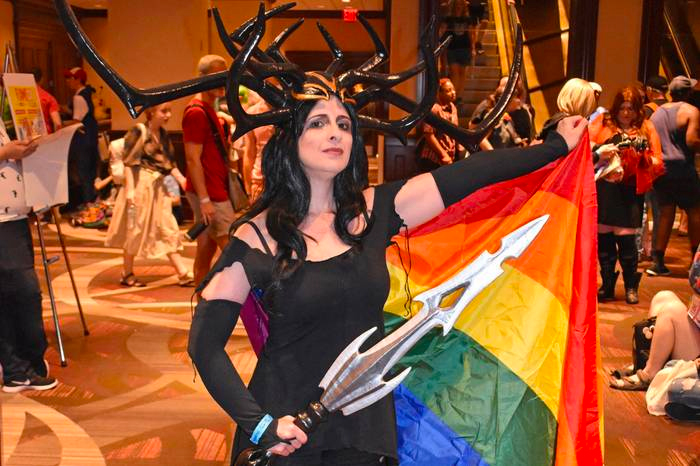 If you want to see some of the most iconic lewks outside the ballroom scene, head to FlameCon, the outré mecca for queer geeks and allies. Since its launch in New York City in 2015, the annual event, presented by the nonprofit Geeks OUT, has become the largest LGBTQ-themed convention for fans of comic books, sci-fi, and fantasy entertainment. More than 7,000 people flocked to it in 2018, with more than 8,000 attending the 2019 edition.

We’re here and we’re coming for you: Queer horror at Flame Con ‘19

This year’s edition of Flame Con, hailed as the world’s largest LGBTQ comic con, was aggressively creative and expansive, but it was in queer horror comics that I saw the largest leaps in storytelling. I take the growing presence of horror fiction in any community as a sign of progress. When horror becomes a sound box for a still marginalized community, as is the case with the LGBTQ community, the kinds of fiction that come out of it take up a combative sense of purpose. 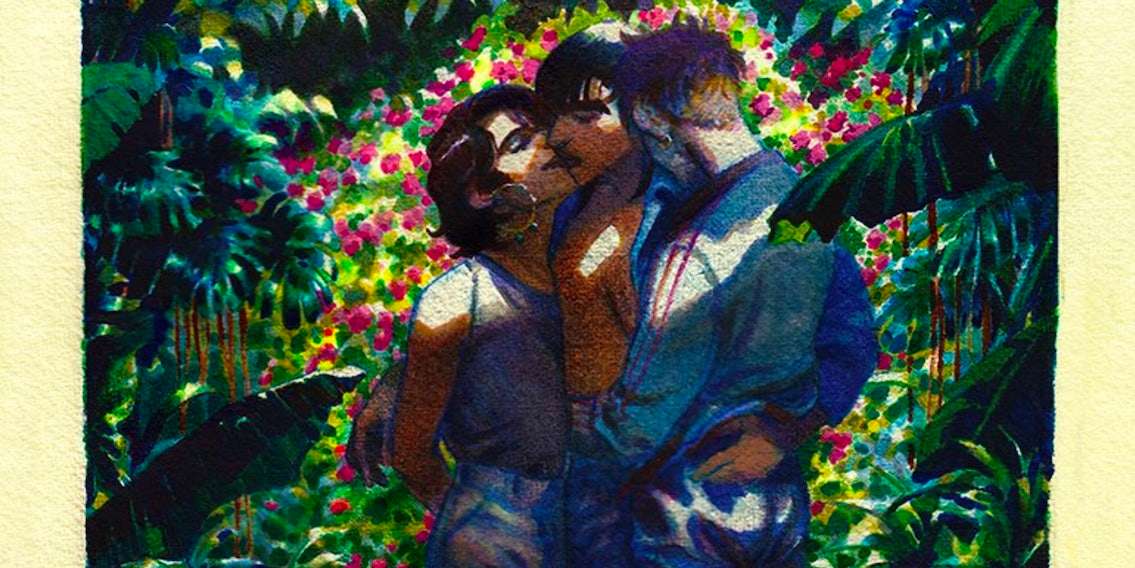 Flame Con has so much queer smut. It made me feel like I belong 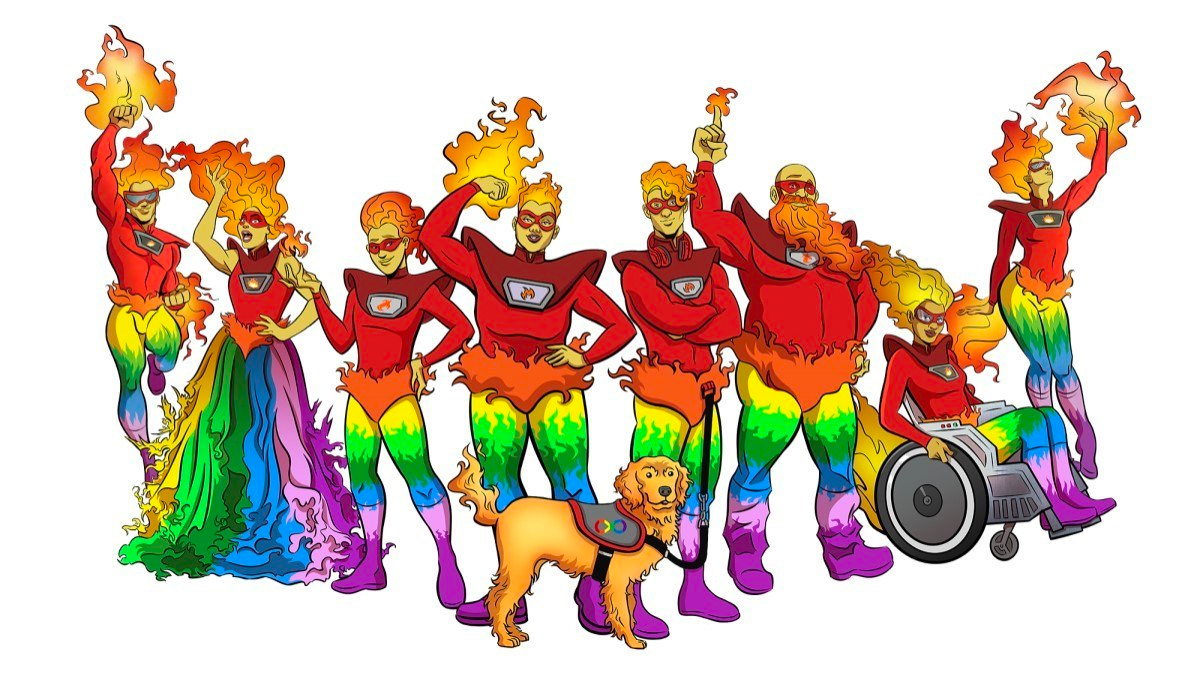 Flame Con: The Queer Comic Con in NYC This Weekend

Flame Con is a small (about 200 artists, a few thousand attendees) comic con located in New York City, currently in its fifth year. It’s run by a non-profit group, Geeks Out, which also runs, among other events, the Diversity Lounges at the PAX video game conventions. Should I Go? If you’re a queer person and want to see yourself in comics and media, YES! I have already filled a backpack worth of comics to explore, many of which contain gay characters. If you’re queer, there’s almost certainly something for you here. 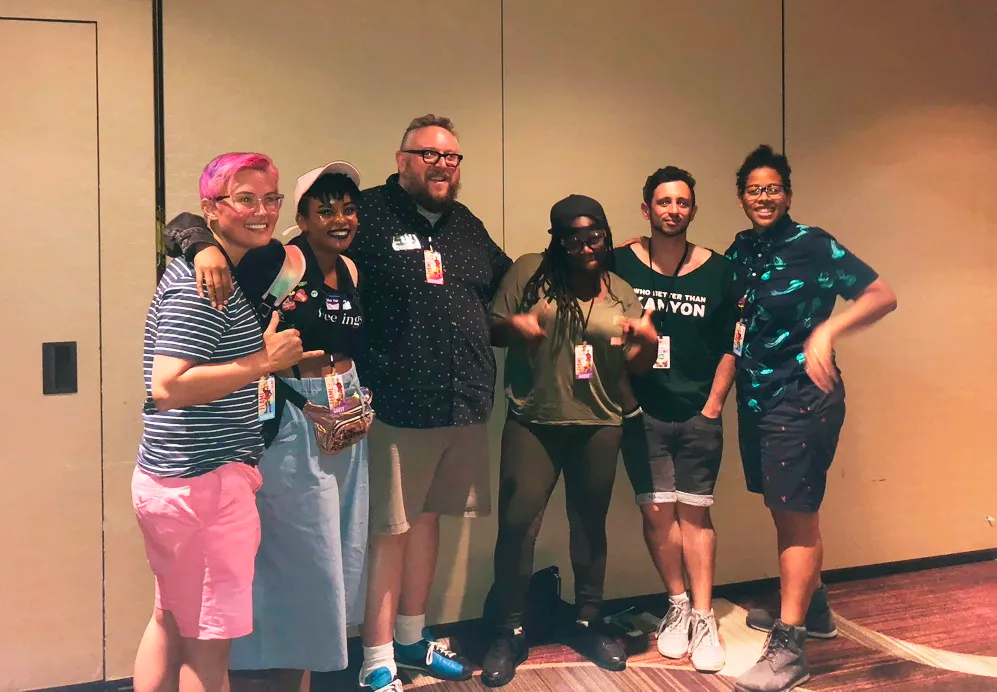 I wanted to give a few quick thoughts about last weekend’s Flame Con, which was indeed bigger and better than ever. It was a wonderful event – the whole tone was captured for me immediately after I arrived as I looked at a map of the show. Two men, strangers to each other, were also looking at it and one blurted out “This place is wonderful!” and the other said “It is, isn’t it?” Queer people of all kinds and genders feel loved and supported at Flame Con, part of a community that is giving and accepting, and that is the most important thing, the crucial thing. 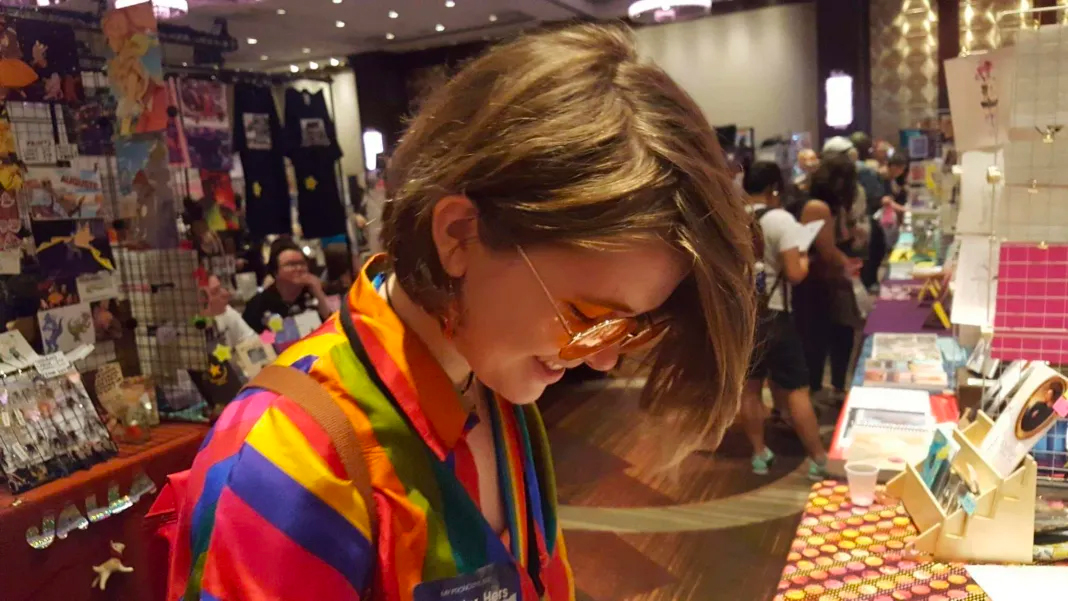 Here at The Beat we’ve been big fans of Flame Con since the very beginning, interviewing GeeksOUT founder Joey Stern back when Flame Con was still just a great idea that had birthed a successful Kickstarter campaign. We were on scene for their first event at The Grand Prospect Hall and returned each year, following the con from its Brooklyn beginnings up through its expansion to The Sheraton Times Square in Manhattan last year.