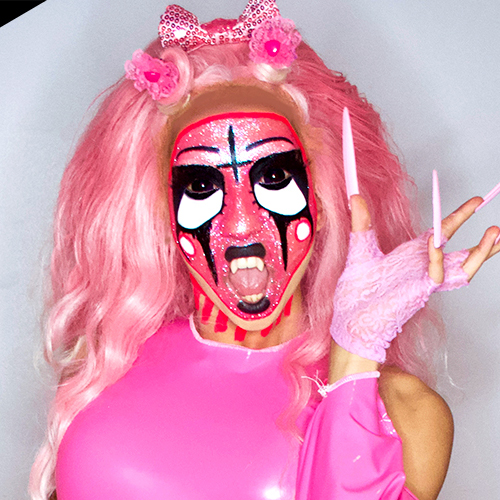 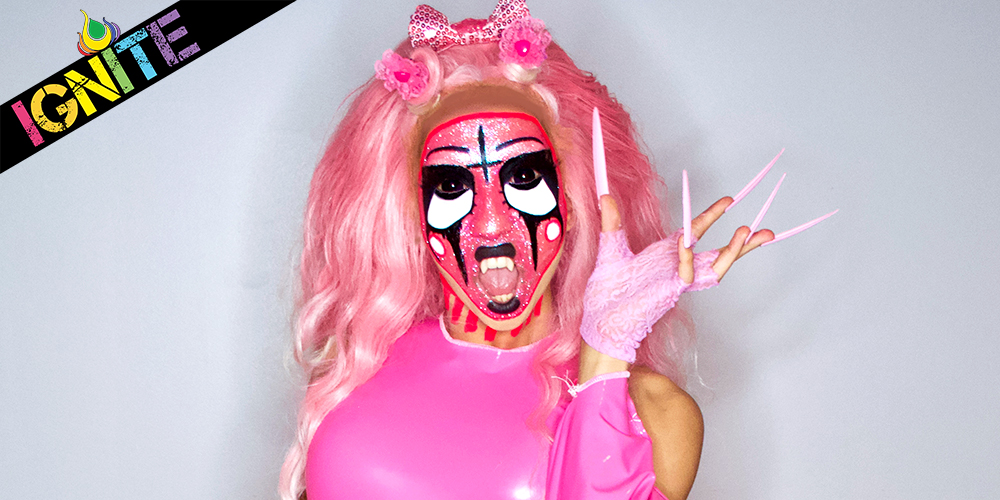 Erika Klash is a San Francisco-based drag queen originally from New York City. A self-professed video game, anime, harajuku drag monster, she is known for a mix of drag cosplay looks, cartoonish makeup style, and her unique blend of punk drag and Japanese street fashion. She is best known as a contestant on Season 2 of The Boulet Brothers’ Dragula: Search for the World’s Next Drag Supermonster. where she placed 6th, competing in the most extermination challenges of any contestant in the history of the show. Erika continues to tour the U.S., has performed in Canada and Europe, and is the creator and co-producer of Pastel Gore, a nerdy, punk drag show in San Francisco.