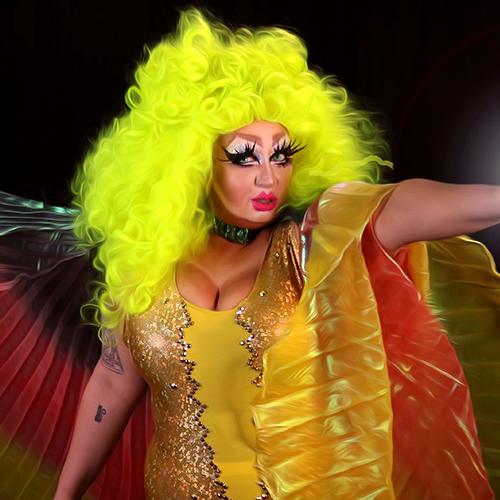 All hail your queen Miss Nerd New York 2018 Crimson Kitty
Called the female-on-female drag pioneer by TimeOut, Miss Crimson Kitty is taking drag culture by storm one perfected lip-synch at a time! The drag daughter of Rebecca Glasscock of Rupaul’s Drag Race The Lost Season, they have created a haven for other queens at LADYQUEEN which is the world’s first all cis, non-binary & trans drag collective!

Crimson has been featured in the press such as the Pop Sugar, Huffington Post, Oyxgen, Time Out, and more for their gender illusionist skills and is known both nationally and internationally as one of the top reigning queens in their field.