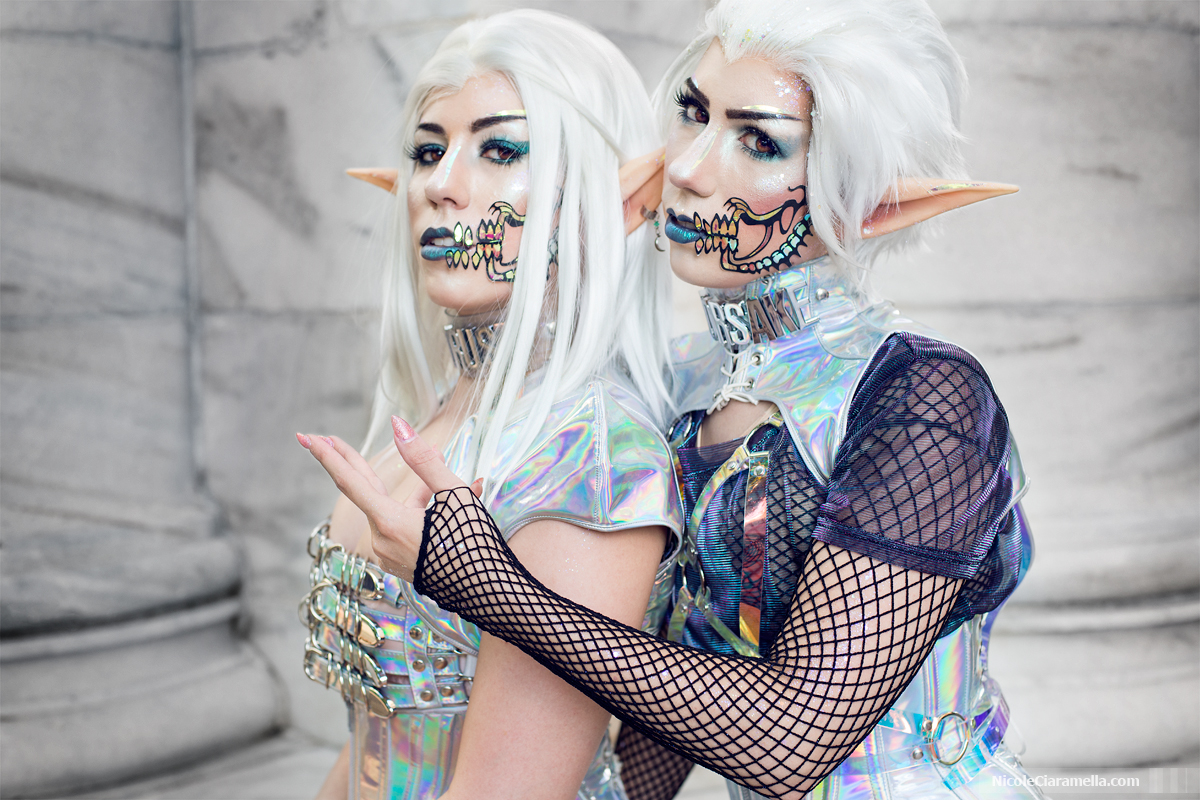 Alex and Juli Abene are identical twins, queer, and costume designers! The Abene twins have both been attending anime, comic and video game conventions and cosplaying since 2001. With 18 years of costuming experience under their belts, they run their own theatrical costume design company as “Atelier Abene”. The two work as designers for the largest off broadway show in NYC, Punchdrunk’s “Sleep No More”. Alex and Juli are excited to show Flamecon-goers that anyone can get into costuming and what a rewarding hobby (and job!) it can be!